Modern History Press is proud to announce that its title Cady and the Birchbark Box by Ann Dallman has won the 2022 State History Award in the Children & Youth category.

Cady and the Birchbark Box is a novel for children, mainly in the age range 11 to 14 years, telling the story of young Cady Whirlwind Thunder who sets out to solve the mystery behind a weathered journal found inside an old birchbark box. With the voice of wisdom by her grandma and assistance of her ever-present companion, a noisy blue jay, Cady puts together the pieces and ultimately restores the reputation of a deceased elder. 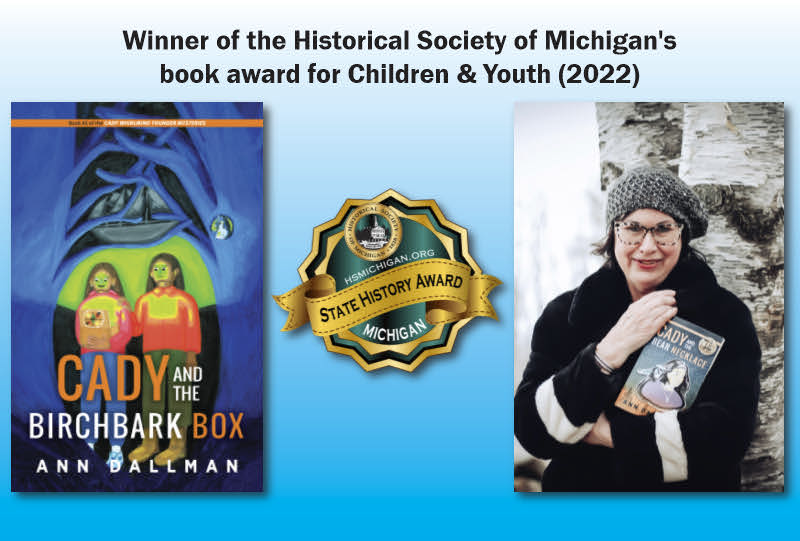 Cady and the Birchbark Box is the second book in the Cady series of books. Like the first book Cady and the Bear Necklace, it was inspired by a birchbark basket given to the author by a friend. Cady, the protagonist in the series, is a compilation of the many students who passed through Dallman’s classroom during the 15 years she taught on the Hannahville Indian Reservation in Wilson, MI. Dallman says, “My students asked me to write a book for them and about them. The Cady books are the realization of that.”

For the Modern History Press, the Cady series serves two main goals of the press-focusing more locally on issues in its home state of Michigan, and telling the stories of minorities in contemporary society, including Native American women. The series also serves to present stories with lots of positive role models, which is a priority of the press.

The Historical Society of Michigan (HSM) posted among the full list of the books that won the 2022 State History Awards and announced that the winners will receive their awards during the Annual Meeting and Michigan History Conference on September 23-25, 2022, in Albion.

The HSM presents the State History Awards every year to individuals and organizations that have made outstanding contributions to the appreciation, collection, preservation and/or promotion of state and local history. 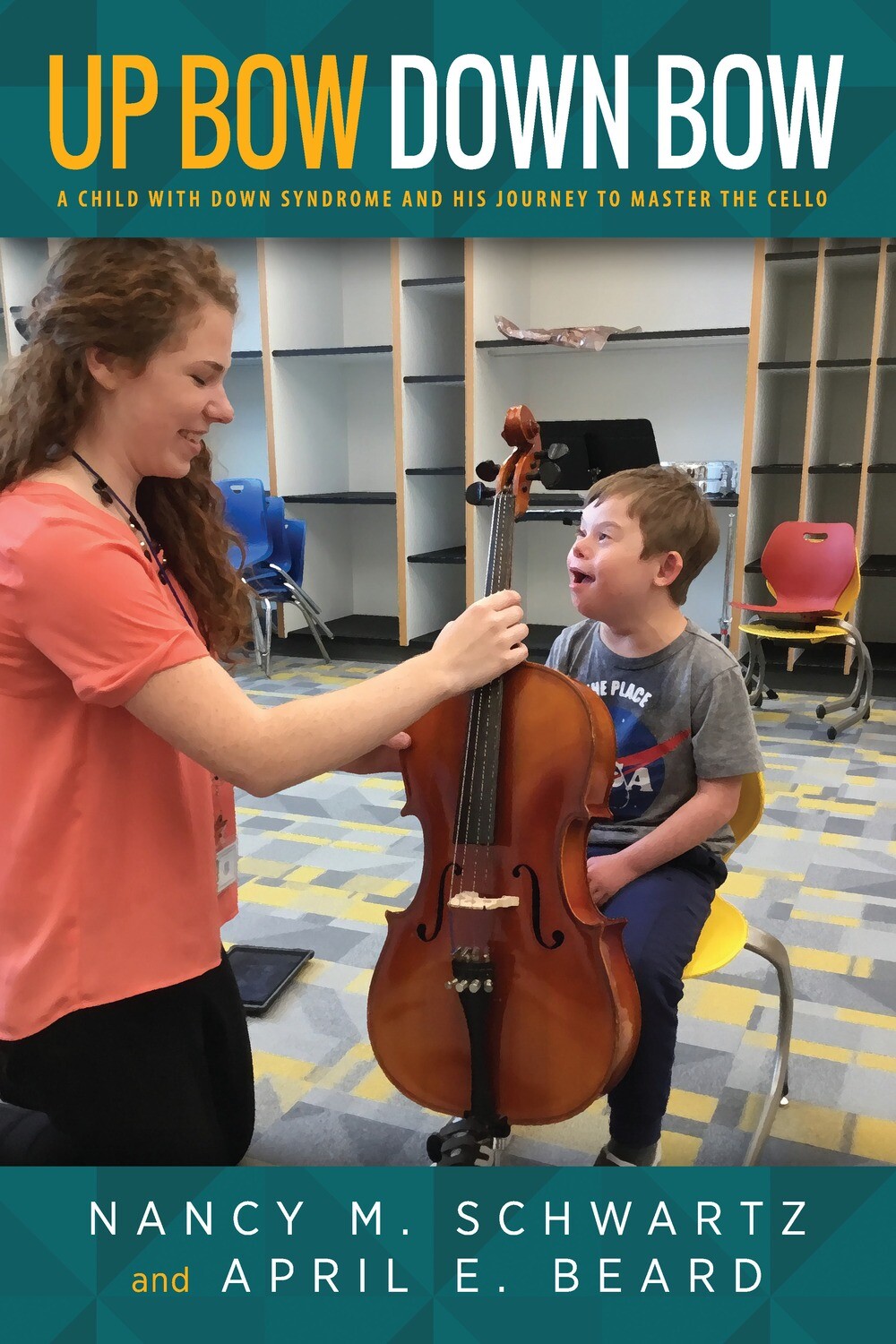 When 4th grader Alex Schwartz first met his cello, his eyes lit up with wonder and a smile appeared on his face as bright as the potential his new cello teacher saw within him. The cello positively impacted all aspects of his development including focus, fine motor and gross motor skills.

Through the transformative power of music, Alex's voice sings through his cello in songs of joy, determination and strength. Up Bow Down Bow shares the beauty of his ongoing musical journey and tells of the vital teamwork between a young music teacher with an endless belief in the abilities of her students, and a mother with ceaseless love, support and hope for her son who has Down syndrome, epilepsy and hypotonia.

"Children with varying abilities have much to offer us all. This book speaks to how parents, families and communities can support children with diverse capabilities and the joy we can receive in return" -Barbara Bowman, Irving B. Harris Professor, Erikson Institute

"This is a tale of the triumph of the human spirit: the triumph managed through a parent's love and persistence, a teacher's dedication, a young boy's desire to learn and music's power to transform." -Russ Walsh, Rider University, author of A Parent's Guide to Public Education in the 21st Century

"This collaboration offers a promising and powerful blueprint for educators, parents and caregivers everywhere to collab-orate, teach and love all children within the space of strength-based perspectives." -Kass Minor, Co-Founding Educator and Executive Director, The Minor Collective