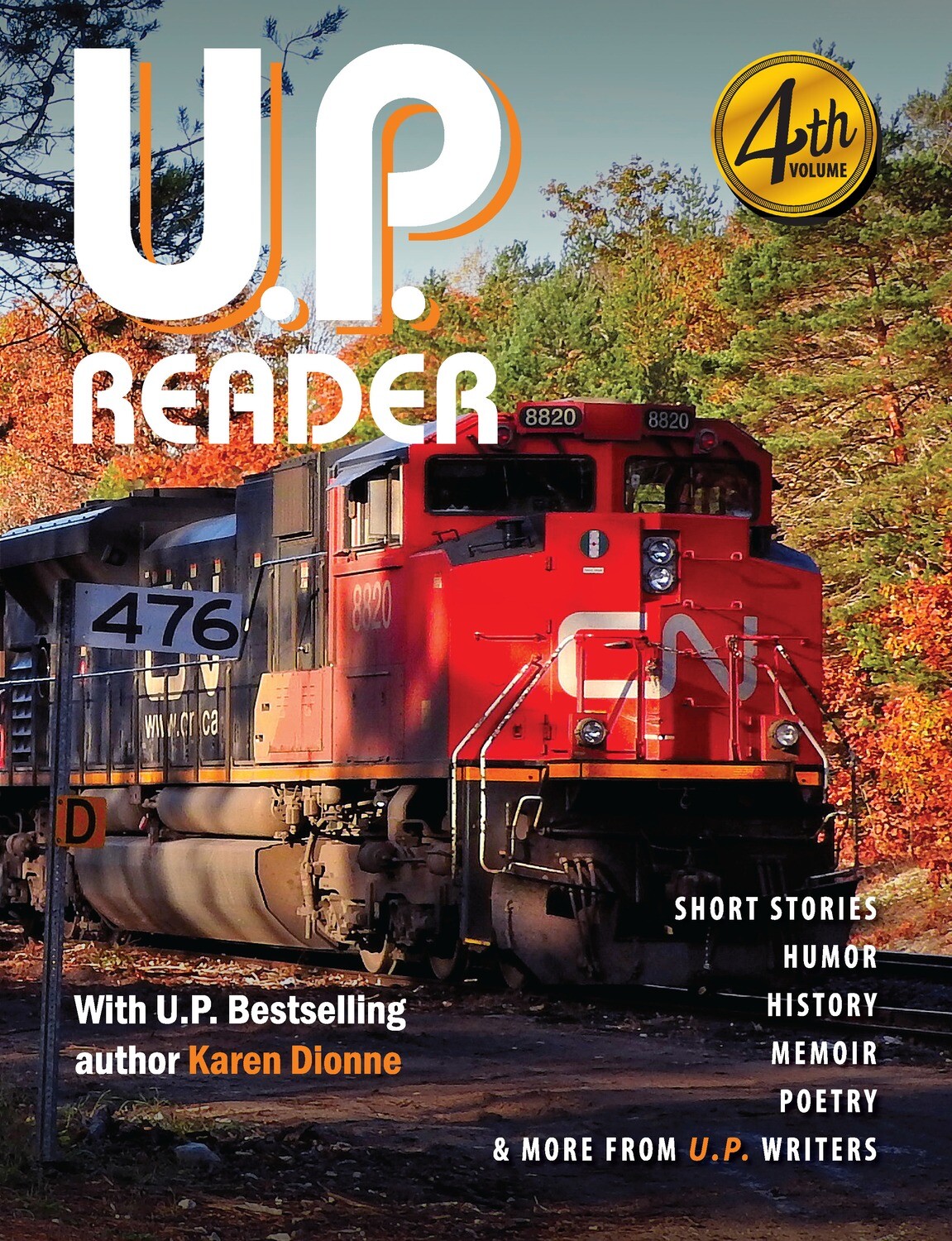 Michigan's Upper Peninsula is blessed with a treasure trove of storytellers, poets, and historians, all seeking to capture a sense of Yooper Life from settler's days to the far-flung future. Since 2017, the U.P. Reader offers a rich collection of their voices that embraces the U.P.'s natural beauty and way of life, along with a few surprises.

The forty-five short works in this fourth annual volume take readers on U.P. road and boat trips from the Keweenaw to the Soo. Every page is rich with descriptions of the characters and culture that make the Upper Peninsula worth living in and writing about. U.P. writers span genres from humor to history and from science fiction to poetry. This issue also includes imaginative fiction from the Dandelion Cottage Short Story Award winners, honoring the amazing young writers enrolled in all of the U.P.'s schools.

"As readers embark upon this storied landscape, they learn that the people of Michigan’s Upper Peninsula offer a unique voice, a tribute to a timeless place too long silent."
--Sue Harrison, international bestselling author of Mother Earth Father Sky

"I was amazed by the variety of voices in this volume. U.P. Reader offers a little of everything, from short stories to nature poetry, fantasy to reality, Yooper lore to humor. I look forward to the next issue."
--Jackie Stark, editor, Marquette Monthly

The U.P. Reader is sponsored by the Upper Peninsula Publishers and Authors Association (UPPAA) a non-profit 501(c)3 corporation. A portion of proceeds from each copy sold will be donated to the UPPAA for its educational programming.
Learn more at www.UPReader.org