Home Writing Freedom of the Press and Words Count

Freedom of the Press and Words Count

You may know me at “The Frugal Book Promoter”…or novelist. . .or poet. But because it is the New Year maybe you won’t mind if I stray a bit from my usual topics to talk to you about topics that that have been in the news recently—namely freedom of the press and the importance of words?

A few months ago the White House issued a list of words the Center for Disease Control and Prevention shouldn’t use. It bothered me then and it bothers me even more now that we experienced a near epidemic of flu in this country in 2019 and in 2020 a true pandemic, Covid19! My husband and I were both part of the former epidemic. Neither of us has had the flu or a cold for over 40 years but that one was a doozy! We are lucky that as writers it is relatively easy to isolate ourselves this year. That has made both of us even more appreciative of the importance of words in our lives.

The LA Times (Tuesday, Jan 16, 2020 page B2) used this as a lead for the story on this repression of words, all the more surprising because the United States is known for its respect for words, both spoken and written:

“’It’s a beautiful thing, the destruction of words.’ George Orwell writes
in the fifth chapter of his dystopian novel, 1984.”

I love the novel the Times chose to quote, but I have always been too optimistic to give its dystopian theme much credence. But here we are with four public health experts from Emory University in Atlanta saying that if the CDC actually obeys the White House order to avoid certain words and phrases and that by doing so, it “squanders [the agency’s] limited resources.” Other agencies were also “forbidden” to use words like “vulnerable,” “entitlement,” “diversity,” “transgender,” “fetus,” “evidence-based” and “science based.” In some cases, the administration’s budget office suggested alternative terms which is a subtle way of saying they are not only telling them what words to avoid, but telling us what words they would like to them to use.

Then in a recent Sierra Club magazine (sources do count for us writers!), I learn that the US climate office was told not to use the terms “climate change,” “emissions reduction,” or “Paris agreement.” Seems someone is trying to control what we write about.

These commandments from our government sound like a violation of both freedom of speech and freedom of the press. Times also reported that in addition to our concepts of free speech and free press,  gagging like this violates The Plain Writing Act of 2010 that requires all federal agencies “improve the effectiveness and accountability to the public by promoting clear Government communication that the public can understand and use.”

We writers should be thankful for that “plain writing” encouragement! Still, too few in the government are paying attention to it. Luckily, the CDC seems to be ignoring these new guidelines limiting the words our agencies can use for now. But as writers, we should all be worried—even on the lookout—for anything that limits our use of words.

As an example, we’ve been encouraged to use only Merry Christmas as a holiday greeting for decades. I’d hate to lose alternative greetings. As a courtesy, I’ve always reserved Merry Christmas for people I know to be Christian, Happy Hanukkah for those I know to be Jewish. Have a great Kwanza for the black people I know celebrate it but not those for whom I am unsure. Ramadan? Well, I’ve never had occasion to use it (sorry!), but if I did I would be equally careful to abide by the traditions of the person involved.

There are others, but generally, “Happy holidays,” is a polite way to be inclusive when we don’t know the situations or do know that in a diverse population I may be addressing a few people who are members of each group with a few atheists to boot. That is a very small example of how important words are, and how important it is we have access to all the ones we find in a dictionary (and some we don’t). For clarity. So that we can. . . ahem, obey the Plain Writing Act. Now there’s a government proclamation I can get my teeth, molars, and incisors into!

Before I assure that I don’t get too blasé, I occasionally revisit the date that it was written. 2010! Perhaps we need a reminder of the importance of clarity in our communication more often than we think we should. Is it time again? And can we write clearly if words—precious words that came about presumably because they served a purpose—are denied us? And do we let our government do just that with no protest? And no refusal to comply.

Carolyn Howard-Johnson is the author of the multi award-winning series of HowToDoItFrugally books for writers including USA Book News’ winner The Frugal Book Promoter now in its third edition from Victor Volkman’s Modern History Press and The Frugal Editor scheduled for release in its third edition in 2021. An instructor for UCLA Extension’s renowned Writers Program for nearly a decade, she believes in entering (and shouting out!) contests and anthologies as an excellent way to separate our writing from the hundreds of thousands of books that get published each year. Two of her favorite awards are Woman of the Year in Arts and Entertainment given by members of the California Legislature and “Women Who Make Life Happen,” given by the Pasadena Weekly newspaper. She is also an award-winning poet and novelist and she loves passing along the tricks of the trade she learned from marketing those so-called hard-to-promote genres. Learn more and find tons of free resources on her website at https://HowToDoItFrugally.com 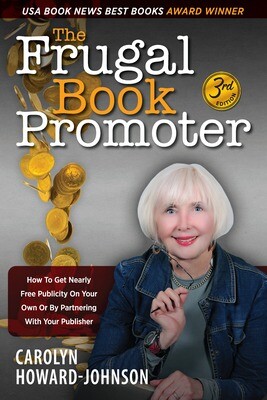 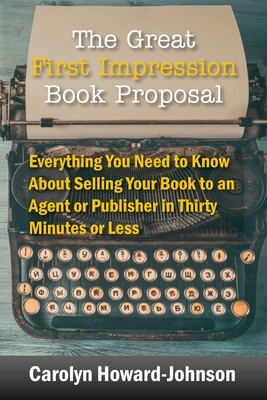 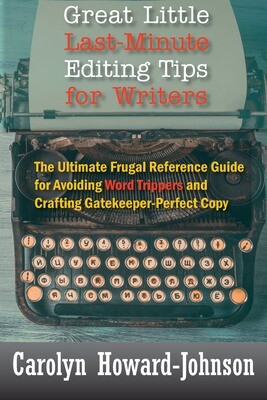 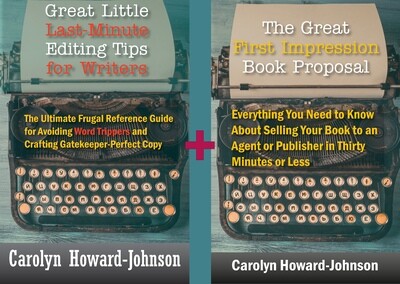