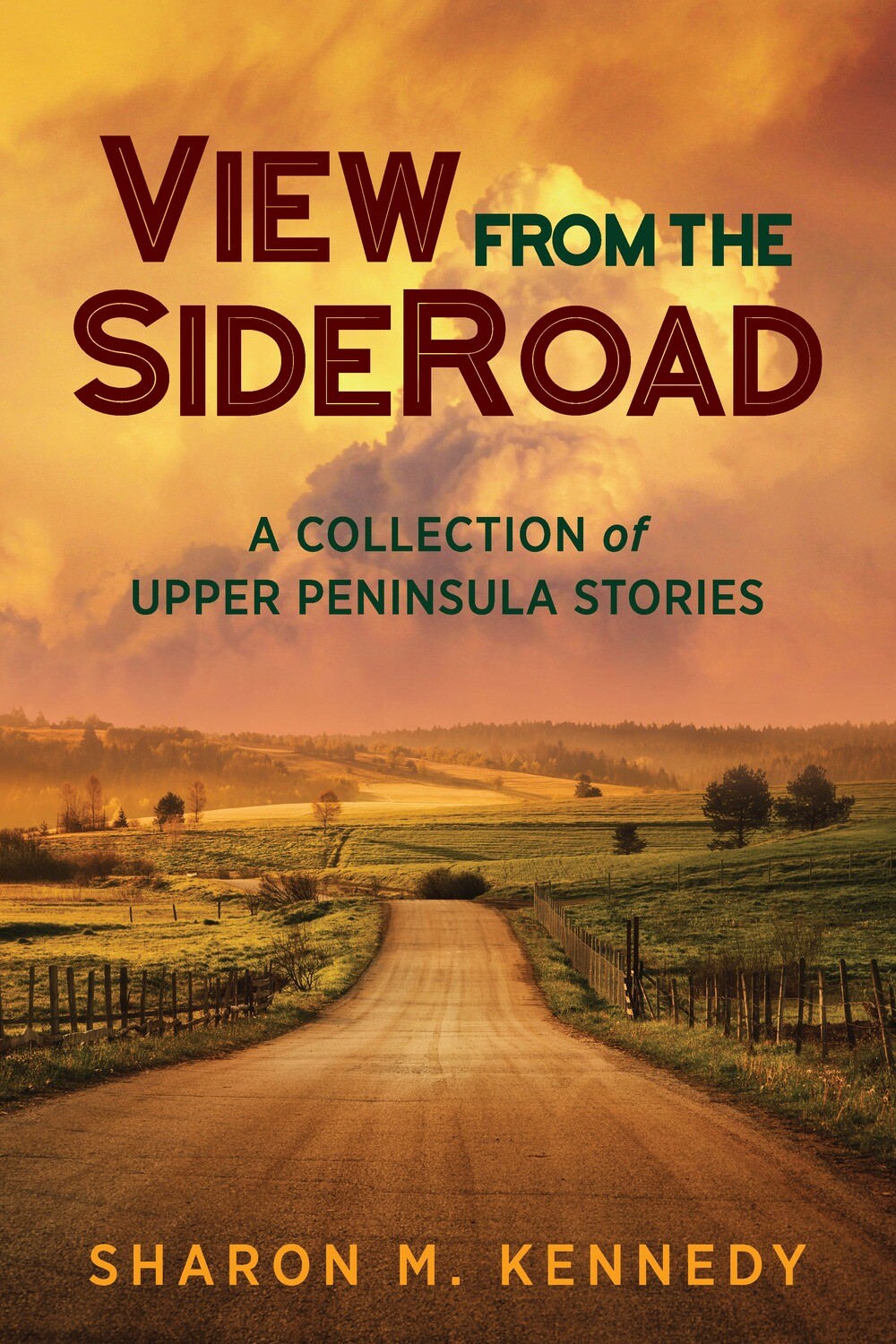 View from the SideRoad

Enjoy U.P. Stories from the View of a Yooper

Join us for a trip through Michigan's rural Upper Peninsula in this collection of fictional short stories. Let the characters of View from the SideRoad surprise you with their resilience, humor, and unpredictability. Whether it's a sailor who shuns water, an old maid who wants to shoot her cats, or a man who keeps his lover in the junk drawer, the stories range from witty to wry to weepy. Sharon is a master of the short form. As readers of her newspaper column and previous collections will attest, she never disappoints. Her stories will keep you turning the pages and thirsting for more.

"Penned by Sharon Kennedy, a hidden gem in the wilds of Michigan's Eastern Upper Peninsula, this book is a fine collection of humorous, satirical, and poignant stories." -Jim Dwyer, Writer, Mackinac Journal

"View from the SideRoad weaves vivid tales with warmth and humor. The author really knows how to captivate the reader with tantalizing stories." -Jill Lowe Brumwell, Author of Drummond Island: History, Folklore, and Early People

"Sharon Kennedy is one of the Upper Peninsula's premier writers. A well-read columnist in the Eastern U.P., she has turned her attention to writing books and U.P. literature is the better for it. Her stories are reminiscent of Cully Gage's, Northwoods Readers, but with her own spin and style." -Mikel Classen, Author of True Tales: Forgotten History of Michigan's Upper Peninsula, recipient of Charles Follo Award / Historical Society of Michigan

"For some sailors, climbing the career ladder on a Great Lakes freighter involves paying a pungent price as illustrated in the story, 'Tank, ' a wonderfully funny portrait of what can happen to a lifelong bachelor oblivious to any sense of personal hygiene. This book is an entertaining read." -Rich Hill, Author of West of the River, North of the Bridge